Posted on Last updated: October 23, 2021 Categories Getting There

6 Ways to Get to Banff National Park

Banff National Park is Canada’s oldest and most visited national park, but it may surprise you to know there is no airport in Banff. But don’t worry, Calgary is a city of 1.3 million people just 1 hour away from Banff. It’s easy to get from Calgary to Banff with a wide variety of ways to suit every style and budget.

We’ll cover 6 different ways to get to Banff National Park from the Calgary International Airport. Whether you plan to rent a car in Calgary or visit Banff without a car, either way you’ll be able to have a wonderful and memorable trip in Banff!

If you are planning a trip to Banff, Canada you will need to arrange transportation from the airport. The closest airport near Banff is a 90-minute drive away in Calgary, Canada’s fourth largest city.

As the “Airport for Banff”, the Calgary International Airport (YYC) is served by many major domestic and international airlines.

International carriers which fly into Calgary include:

6 Ways to Get to Banff National Park

When you are considering how to get from the Calgary Airport to Banff, you need to consider your transportation needs while in Banff National Park.

1. Getting to Banff Without a Car

If you simply plan on strolling up-and-down scenic Banff Avenue, enjoying the mountain views, world-class shopping, restaurants and museums, then you won’t need your own car. You’ll likely be glad to not have a car as Banff traffic can be congested and premium parking spots are not free in limited supply. Plus, visiting Banff without a car is a great way to travel to Banff on a budget.

Getting to Banff without a car means it will be harder (but not impossible) to enjoy the natural areas outside of the Banff Townsite, but it also means life within the town will be so much more relaxed. See below for your best options to get to Banff without a rental car.

If you are traveling to Banff without a car, be sure to read our read our posts on Getting Around Banff Without a Car and Best Hotels in Banff if you Don’t Have a Car.

If you are primarily visiting Banff for outdoor adventures, then the best way to get to Banff is with a rental car. It is possible to visit Banff’s best attractions without a car, but for maximum convenience and flexibility, you can’t beat renting a car. Due to the parking situation, make sure your Banff hotel has parking.

If you have your own car, you may also wish to consider staying in Canmore – a small city just minutes outside Banff National Park. Canmore hotels tend to be cheaper than in Banff.

If you are travelling to Banff with 2 or more people, it’s also worthwhile looking into a rental car even if you think you won’t need one as the price is often more affordable than paying for transfers for each member of the group.

There are ten rental car companies operating out of the Calgary International Airport, including all the usual international brands. Find the best deal for your Calgary rental car by browsing the offerings of all ten companies at once using RentalCars.com.

There’s also an option to rent a car in Banff, with three car rental locations in the townsite. In addition, Hertz has an office within the historic Banff Springs Hotel, one of the best luxury hotels in Banff.

Most visitors to Banff who opt not to get a rental car will simply take one of the many Calgary to Banff shuttles. We live in Canmore, so we typically drive our own car to YYC, but my wife took a shuttle to the Calgary Airport recently and she loved how relaxing the experience was.

There are three main companies which offer a Calgary to Banff shuttle service:

4. Bus to Banff from Calgary

The On-It Regional Transit is the cheapest way to get to Banff from Calgary, but it’s also the least convenient.

The On-It Banff bus only operates on weekends in the peak summer season. To catch the On-It bus, you’ll need to catch a Calgary Transit bus (Route #300) from the Calgary airport to downtown Calgary. It’s not the easiest way to get from Calgary to Banff, but if you have the ambition to save money, you’ll save nearly $50 per person vs. an airport shuttle.

5. Private Transportation from Calgary to Banff

Taking a shuttle bus is not for everyone. If you’d like to treat yourself to some personal service, you can arrange a private transfer from Calgary Airport to Banff.

You’ll pay a premium for the private service, but you’ll love the luxury. Your driver will meet you at your arrival gate and will drive you door-to-door to your Banff accommodations.

If you are traveling with a larger group, the cost of a private transfer is often cheaper than buying individual airport shuttle tickets. Even if you aren’t looking for a little luxury, it’s worth doing the math…

A large selection of private transfers options from the Calgary Airport to Banff is available on Viator.

There is currently no Calgary to Banff train in operation, although discussions are ongoing about reviving this service.

You can get to Banff by train on the luxury Rocky Mountaineer train from Vancouver. Enjoy glass-dome coaches as you enjoy your all-daylight trip through the Canadian Rocky Mountains.

None of these options for getting from Calgary to Banff include admission to the Banff National Park. You will need buy one at the Banff Visitor Centre, shortly after you arrive. Alternately, you can buy a National Park Pass online before your visit.

Is there a Banff, Canada Airport?

What is the best way to get to Banff?

Do I need a car in Banff?

While having a car is the best way to get around Banff, you do not need a car in Banff. The Banff Townsite is small and very walkable, while the major tourist attractions in Banff are often served by public transportation.

Is Uber in Banff?

No, Uber does not operate in Banff. There are a variety of Banff taxi companies which will meet your Banff travel needs.

Is it easy to drive from Calgary to Banff?

Yes, it’s very easy to drive from Calgary to Banff. From the Calgary Airport to Banff, the very scenic 90 minute drive is almost all on freeways or highways, with very little city driving involved.

Is there a shuttle from Calgary to Banff?

Is there a train from Calgary to Banff?

No, there currently is no train from Calgary to Banff. The idea of a train to Banff keeps resurfacing and may become reality in the future. 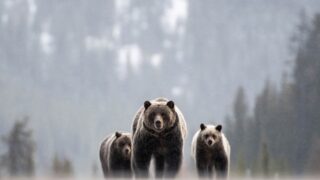 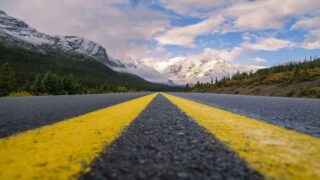 Next
Getting Around Banff Without a Car